Retail investors have a new and potentially risky product to punt on the shape of the U.S. yield curve — one where they stand to lose their entire investment if rates don’t go their way. Almost $600,000 of the securities, a variation of the so-called “steepeners” that have been sold for years by Wall Street… 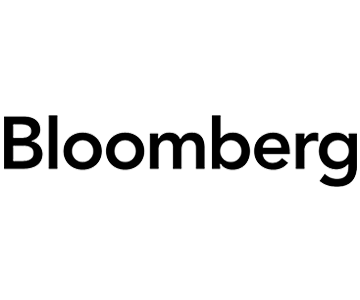 Retail investors have a new and potentially risky product to punt on the shape of the U.S. yield curve — one where they stand to lose their entire investment if rates don’t go their way.

Almost $600,000 of the securities, a variation of the so-called “steepeners” that have been sold for years by Wall Street banks, were priced by Deutsche Bank AG on June 8. The one-year notes pay an unconditional 19 percent coupon, but holders of the bonds will only be able to redeem their principal in full if the yield curve resists inverting — meaning when short-term rates move higher than longer-term rates — a year from now.

Buying the notes is an implicitly bullish wager on U.S. growth and inflation proving strong enough to keep the curve in its upward-sloping shape. But after the Federal Reserve last week lifted short-term rates and pointed the way to two more increases this year, it’s looking like an increasingly risky bet, as policy makers sent the curve to its flattest since 2007.

A move in the two-year rate that sees it end the year 20 basis points higher than the 30-year measure would mean investors give up half of their initial outlay, according to a prospectus. If that difference gaps to 40 basis points, investors stand to lose everything.

Olayinka Fadahunsi, a spokesman at Deutsche Bank, declined to comment on the notes.

“If the Fed decides to move twice more this year, I think it’s inevitable that the curve inverts,” Colin Robertson, head of fixed income at Northern Trust Asset Management, said in a Bloomberg Television interview on June 15.

The notes are the latest structured play that investment banks have rolled out for individuals to make aggressive bets on the trajectory of U.S. interest rates. For years, Wall Street has sold hundreds of millions of dollars worth of steepeners, or notes with coupon payments linked to the shape of the yield curve. The wider the gap between the short- and longer-term rates, the larger the coupons.

However, with the curve now at its flattest in more than a decade, coupons on those securities have dropped to below 1 percent in some cases, decimating the value of the notes.

Market participants say that after the latest Fed meeting, where officials raised the central bank’s benchmark as expected while also shifting their “dot plot” higher for the next two years, inversion has become a more imminent possibility.

“If your capital is at risk, you’re selling a put on the rate spread, which can move really quickly,” said Arthur Teixeira, London-based managing partner at structured-product broker HPC Investment Partners. “These are not conservative products, but allow you to play a specific view over quite a short term — the counterpoint being that you could pretty easily lose a lot of capital.”

In addition to resembling steepeners, the Deutsche Bank notes are an evolution of a type of rate-linked structured note that was a big seller for banks several years ago. Those notes paid a high coupon and returned investors’ principal as long as the 10-year swap rate didn’t dip below a certain threshold. After falling briefly below 1.5 percent, inflicting paper losses on the notes, the rate has since rallied.

“It is the same product type as the previous best-seller, however the rationale is quite different and it doesn’t offer downside protection,” said Teixeira. “This is consequently more risky. Hence, a greater return.”