Inicio | In the Press | First Quarter Had Some Bright Patches

First Quarter Had Some Bright Patches 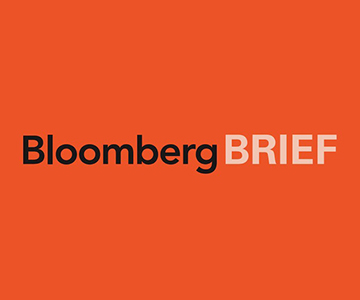 First Quarter Had Some Bright Patches 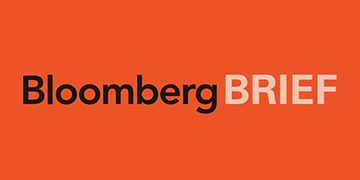 For many sellers of structured notes in the first quarter, it was one to forget, with global sales tumbling from a year earlier. But pockets of the market still saw growth, particularly in regions where volatility kicked up or interest rates remained depressed.

Global sales in the first quarter got off to their worst start since at least 2006, sinking 9.7 percent from a year earlier to $40.3 billion, according to data compiled by Bloomberg. In the U.S., the picture was rosier, with issuance climbing by around 8 percent to reach $11.2 billion, the data show.

Speculation that U.S. President Donald Trump would cut taxes and boost spending led to a global risk-on rally that sent the S&P 500 Index to an all-time high of 2,396 on March 1. U.S. Treasury yields fell after the Federal Reserve indicated it would pursue three rate hikes this year, not four, but investors still spent most of the quarter watching the Fed from the sidelines, according to Steve Cocco, managing director of structured-product trading and origination at CG Capital Markets LLC. “We’ve seen a bit of a slowdown across all fixed-income products,” said Cocco. Also, U.S. stocks “seem to have taken a lot of buyers’ focus away from our market.”

Sales of SEC-registered equity-linked notes climbed 10 percent to $10 billion, led by securities tied to international stocks. Two of the quarter’s five largest deals were tied to European shares, including a $76 million note from Bank of Nova Scotia linked to the Euro Stoxx 50 Index, according to the data. The index has a price to book ratio of 1.6, compared with 3.08 for the S&P 500 Index, the data show.

“Europe has become even less expensive and even more undervalued relative to the U.S.,” said Rod Jones, head of North America at Stoxx Ltd. “It’s become much more appealing for structured-product providers to put these products in the marketplace.”

Higher volatility and dividend yields compared with U.S. shares led to “better outright terms on a note linked to the Euro Stoxx than on a note just linked to the S&P 500,” said Chris Loudon, director for structured solutions at Alex Brown Inc. Structured notes also use options that remove the effect of currency conversions, allowing investors to avoid the risk of reduced returns when they convert their profit back.

Issuance of rate-linked notes in the U.S. wasn’t quite so buoyant, diving by 49 percent from a year earlier to $119 million, according to data compiled by Bloomberg. Investors were more interested in scooping up the securities in the secondary market on the cheap than buying newly issued notes, said CG’s Cocco. Some brokers in Europe reported robust activity in the quarter, particularly in notes tied to local shares, mirroring the U.S. market. “We noticed a tangible trend on tech stocks and we saw trades on European banks,” said Pierre-Yves Breton, co-founder of HPC Investment Partners Ltd. “Quarter two should be interesting for the industry, either with new flows coming from a reinvestment of redeemed notes, or with a long awaited correction that could bring volatility and lower entry points for current cash-only investors.”

In Asia, Japanese uridashi notes tied to the country’s Nikkei 225 benchmark surged nearly 50 percent to reach $3.4 billion in the quarter. Investors put money into the products after their previous notes were redeemed early, or “knocked out,” at the end of 2016, according to a March 23 report from Societe Generale SA. The Japanese stock gauge soared 16.2 percent during the last three months of the year to as much as 19,495.

Stubbornly low interest rates in South Korea drove investors to seek alternatives to bank deposits. At 19.9 trillion won ($16.9 billion), issuance of equity-linked securities through March was 11 percent higher than the previous quarter, according to data from Samsung Securities Co.

The Bank of Korea has kept the seven-day repurchase rate at a record-low 1.25 percent since June 2016, making yield hard to come by. Low volatility also pushed investors to so-called worst-of products on multiple indexes or stocks, according to Seunghyuk Baek, an equity derivatives trader at Mirae Asset Daewoo Co. in Seoul. “People are still looking for equitylinked securities,” he said. “Even though coupons are lower than previously, they are still higher than deposit rates in Korea.”